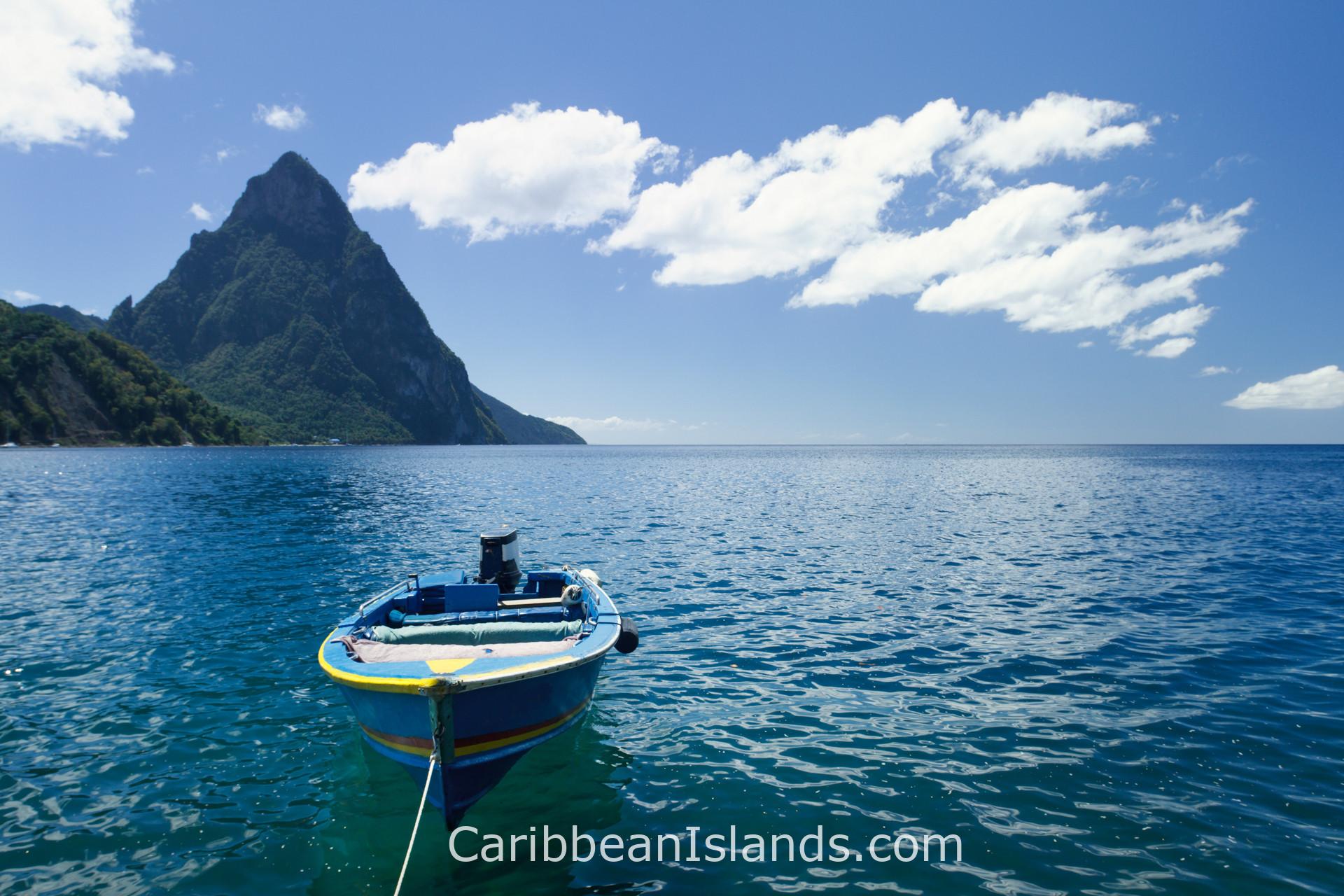 This lovely British commonwealth is located off the coast of Central America and north of Trinidad and Tobago. The Twin Pitons, matching, cone-shaped peaks, are its most treasured and well-known landmarks. The capital is Castries, the official currency is the East Caribbean dollar, and the primary language spoken here is English. Unique attractions like a drive-in volcano, sulfur springs and lush rainforests are sure to keep you busy, and you can’t beat the amazing beaches. While there, be sure to hike to the summit of Gros Piton, sample some rum punch and sample coal pot, a popular local stew. Be on the lookout for community barbecues featuring pork, chicken and an array of amazing dishes.

Video about the Island of Saint Lucia

Enjoy this video about the island of Santa Lucia in the Caribbean. It is an interesting travel guide explained by Expedia …

Castries is an energetic city characterized by pulsing calypso beats, vibrant bursts of color, the aroma of fresh foods, packed streets and a charming population. The capital of Saint Lucia was founded in 1650 by the French, and the city still retains much of its lovely colonial architecture and atmosphere. Although the city does not boast many traditional tourist attractions, it makes up for the lack with its big personality.

The market on Peynier and Jeremie streets is the heart of Castries. Locals pack stalls each day to sell a wide range of products, including fresh produce and local crafts, like banana oils, exotic spices, intricate wood carvings, colorful batiks and handmade brooms. While the shopping is wonderful, the main attraction at the market is the food. You can find fresh mangoes, plantains, okra, limes, pumpkins, bananas, avocados, yams, cucumbers, papaya, coconuts and more for affordable prices at the market.

Castries has a large number of restaurants for such a small city. The French influence is strong on most menus, and creole flavors are popular. Fresh fish and lobster are ubiquitous, as are the Caribbean standards of stuffed crab back, conch, curried goat or chicken, pepper-pot stew and callaloo. The national dish may be an acquired taste, but visitors should still sample the salt fish and green banana stew. The street food is easily as delicious as what is served in the restaurants. Barbecues are popular, and many of the streets are lined with stalls selling traditionally-prepared “coal pot stew.”

One of the most scenic sights in Castries is the port, where cruise ships arrive almost every day and duty-free shopping offers great deals. Water taxis connect the quays, making it easy for visitors to travel between the docks while catching a beautiful view of the city.

For even more incredible views of Castries, take a helicopter tour. Many tours leave from the port, taking visitors on an extraordinary journey over the island’s coast, rainforest and volcano.

Derek Walcott Square, named after the Nobel prize winner for literature, is a lovely place to begin your exploration of the Old Town. The square is surrounded by colorful buildings, including the public library and colonial residences.

Interior view of the Cathedral Basilica of the Immaculate Conception

The Cathedral of the Immaculate Conception borders on the square. The largest church in the Caribbean, the cathedral is more than 30 meters wide and over 61 meters long. The interior is dominated by a mural painted by local artist Dunstan St. Omar, an Italian-style clock tower and ornate Victorian details.

Pigeon Island National Park is a short drive from Castries. In 1778, the small island became a naval base for the British, and visitors today can walk through the ruins of the barracks, officers’ quarters and other buildings. The interpretation center offers a wealth of information about the area, and several interpretation trails guide visitors through the scenic site.

Castries is located in the northwest of Saint Lucia facing the Caribbean Sea.

The population of Castries is approximately 68,000.

English is the official language of Saint Lucia but a large majority of its population speaks a French-based Creole as their native language.

The East Caribbean Dollar is the official currency of Saint Lucia.

Castries has a tropical climate in which it is hot and humid throughout the year.

Other Attractions in Castries