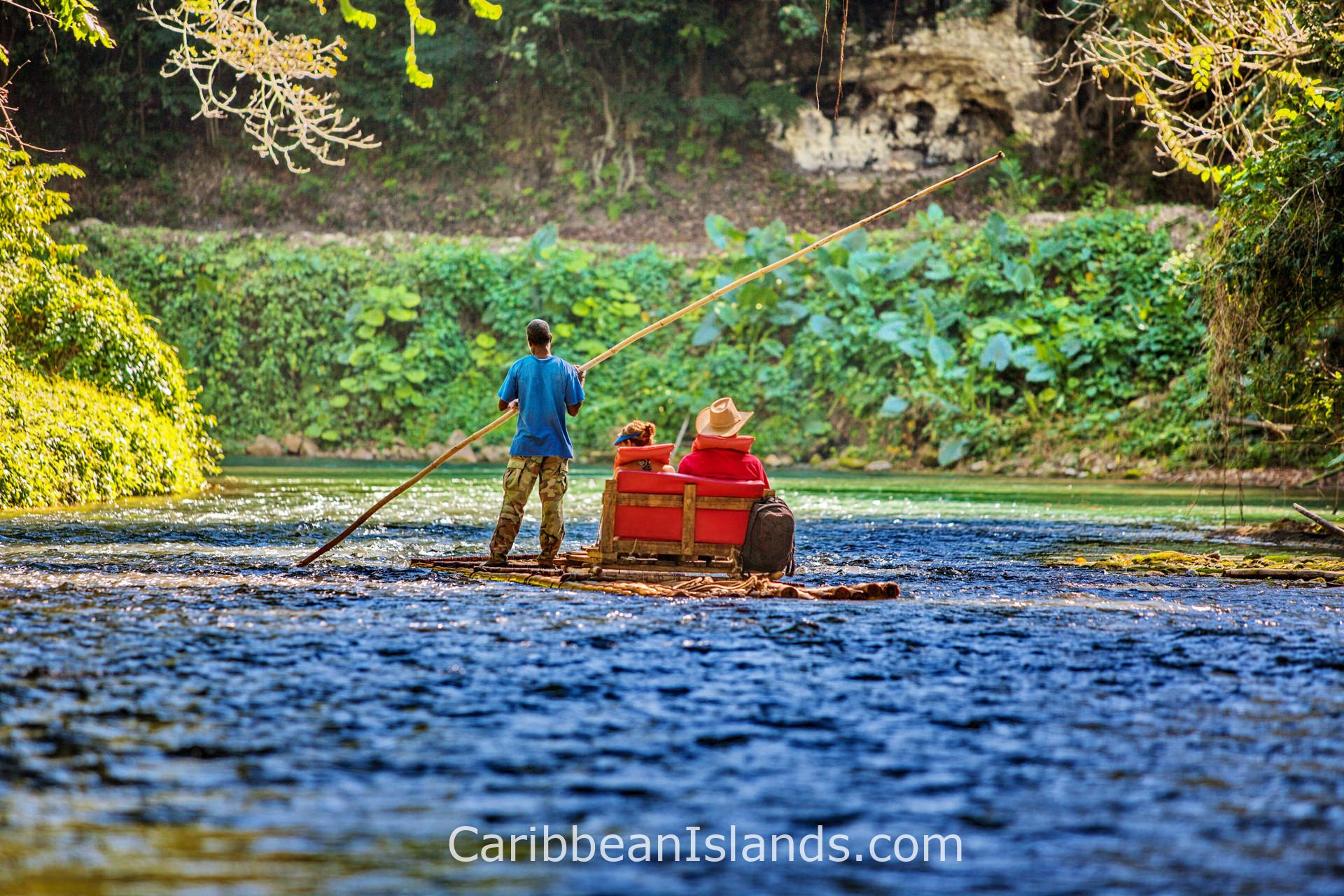 In many ways, Jamaica epitomizes what the Caribbean is all about. This gorgeous island nation is situated west of Hispaniola and south of Cuba. The capital city, Kingston, is a wonderfully cosmopolitan place and offers a variety of great cultural and historical attractions, as well as an amazing nightlife. English is the primary language, but many locals also speak Jamaican creole. The currency of this nation, which boasts a population of around 2.8 million people, is the Jamaican dollar, but you can generally use American money too.

Jamaica’s climate is tropical, and the heat and humidity can be oppressive at times. However, the interior, with its higher elevations, tends to be more temperate. Major cities include Kingston, Montego Bay, Ocho Rios and Negril, and two major airports serve this bustling country: Norman Manley International Airport in Kingston and Donald Sangster International Airport in Montego Bay.

If you’re a reggae fan, Bob Marley’s birthplace and gravesite in Nine Mile is not to be missed. Dunn’s River Falls, which soar down a whopping 600 feet, are absolutely stunning. Vacationers here spend their time basking in the sun, splashing in the surf, golfing, fishing, hiking, scuba diving, snorkeling, horseback riding, camping and enjoying a variety of other activities. In terms of cuisine, ackee and saltfish is a mainstay. Jerk chicken, of course, is something every visitor must try. As with other nations in the Greater Antilles, hurricane season runs from about June through December, so it’s best to visit during the first half of the year.

Watch the video about Jamaica …

Kingston is neatly divided into uptown and downtown, and both sections offer visitors a wide range of interesting sights. The capital is ground zero for reggae music, and the beats can be heard throughout the city’s streets both night and day. The frenetic street life is vibrant and energizing, historic buildings line bustling streets and outstanding museums provide thought-provoking opportunities for exploration.

The Devon House is one of Kingston’s most intriguing sights. The late 19th-century home has been beautifully restored and today is a museum dedicated to the life and work of George Stiebel, one of the country’s richest native sons. The millionaire built the ochre and white house and filled it with porcelain chandeliers, antiques and trompe l’oeils of palms. Guided tours take visitors through each of the rooms, including the attic’s secret gambling room. The shady grounds are the perfect place to escape the sometimes-stifling heat, and the courtyards are surrounded by some of the best restaurants and shops in the country.

The dense urban jungle of Kingston is broken up by Emancipation Park, a wide open space marked by stately fountains, winding jogging tracks and picnic areas. Small speakers hidden in the grass provide the soundtrack for the park, which is almost always reggae music. The focal point of the park is Laura Facey Cooper’s statue “Redemption Song,” which has attracted a bit of controversy because of the exaggerated physical attributes of its towering nude figures.

The National Gallery of Jamaica is one of the country’s most remarkable museums. The collection is both a testament to the country’s artistic heritage and a tribute to its contemporary works. Ten galleries represent the Jamaican School, including works by Edna Manley, John Dunkley, Albert Huie and David Pottinger. Other galleries are dedicated to folk and contemporary art, including pieces by Barrington Watson, Carl Abrahams and David Boxer. Visitors can explore the gallery alone or take a guided tour to illuminate the backgrounds of the outstanding works of art.

For many people, Bob Marley and Jamaica are inseparable. The musician’s former home and studio has been converted into the Bob Marley Museum, housed in a creaky wooden house. It is the most-visited site in the city, and it is easy to see why. The hour-long tours provide insight into Marley’s life and work, and many of his personal effects are on display, including Rastafarian religious cloaks, handwritten manuscripts and his star-shaped guitar. The recording studio in the back of the house has been transformed into a theater and exhibition hall, and each tour ends with a film of Marley’s final days.

Other sights worth exploring in Kingston include the Trench Town Museum, which celebrates the birth of reggae, ska and rocksteady music, the lush 45-acre Hope Gardens, the National Heroes Park, the townhouse-turned-museum Headquarters House, the beautiful St. Jago de la Vega Cathedral, the gleaming white Kingston Parish Church, the Gordon Parliament House, the People’s Museum of Crafts and Technology, the Maritime Museum and the Castleton Gardens, home to many exotic species of flora.

Kingston is located on the south coast of Jamaica towards the east. It is the largest city in

Jamaica with a population of approximately 652,000.

English is the official language of Jamaica but is spoken as English patois.

There is a significant Rastafari movement in Jamaica.

The Jamaican Dollar is the official currency of Jamaica.

It is hot throughout the year in Jamaica with a dry season during the winter. The hurricane season lasts from May to November.

Other Attraction in Kingston