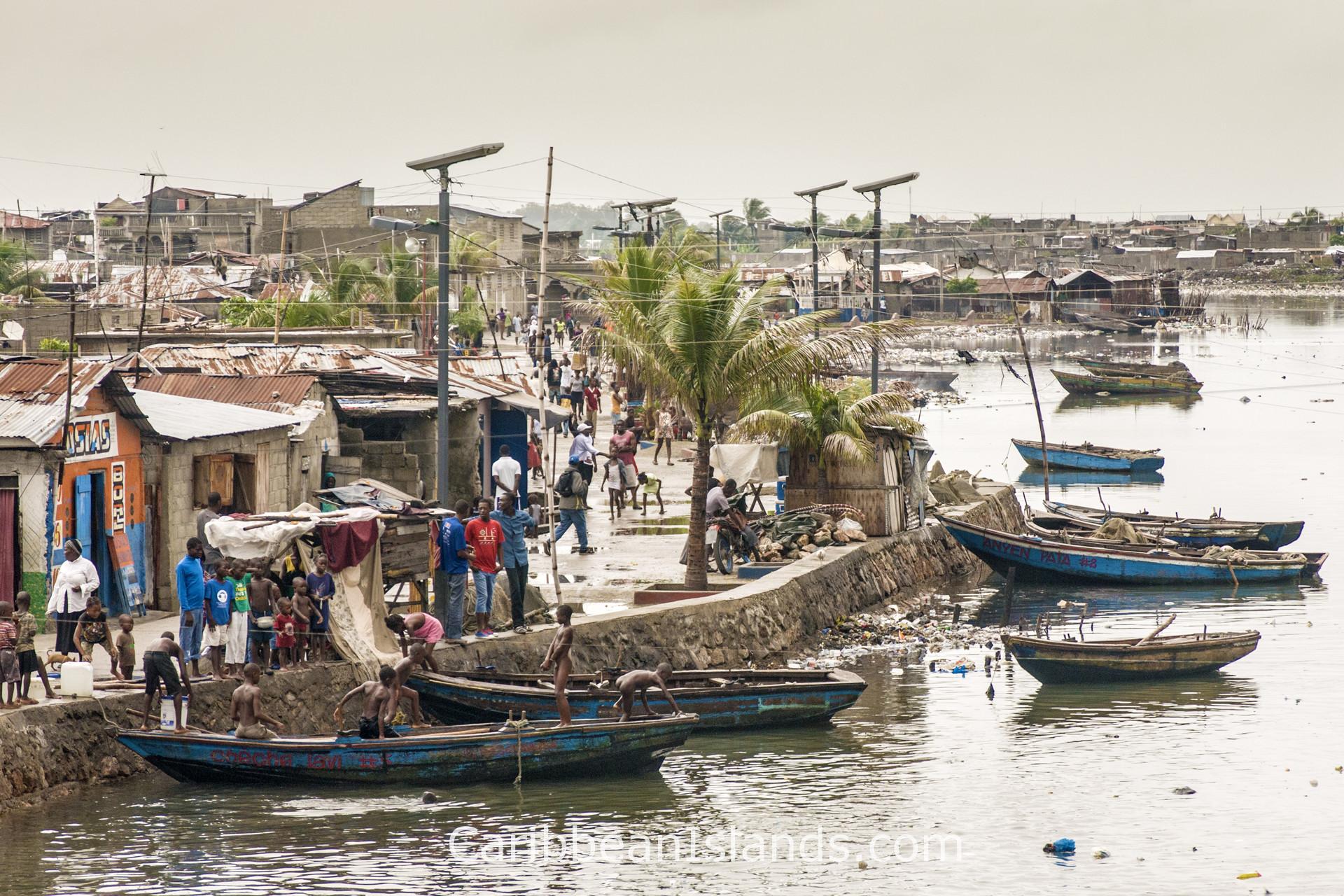 Haiti is a country of the Caribbean, is a sovereign state located on the island of Hispaniola which it shares with the Dominican Republic in the Greater Antilles archipelago of the Caribbean Sea. Port au Prince is the capital city of Haiti. Due to ongoing unrest and strife in this tiny country, few people travel to Haiti for vacation these days. That’s a shame because the country boasts an amazing tropical and semi-arid climate, with hurricane season running from June through November. The terrain here is overwhelmingly mountainous, but there’s a broad, flat central plain to the north.

French and African fare dominates the cuisine in Haiti. If you fly into the country, you’re likely to arrive at Aeroport Toussant L’Ouverture Airport in Port-au-Prince. If you really want to visit Haiti but are concerned about the continued unrest, consider visiting Labadee, a fenced-off resort area that’s popular with tourists.

IN Haiti, a road trip documentary

In Haiti A road trip documentary produced by Fabian Bohnet-Waldrff & Florian Wiesner, filmed in Cap-Haitien, Hinche, Port-au-Prince and Petit Goave in 2008, two years before the devastating earthquake. In Haiti the website

In this video, Kika and Dan, the couple from Sailing Uma toke the time to explore Haiti’s true roots, unique natural elements that can be the highlight of this country’s future. Instead of focusing on the ugly and the problem, they focus on the solution. Sailing Uma strong believe that eco-tourism can be a game changer here.

Labadee is a luxury resort located in Haiti , is a seaport located on the north coast of Haiti. It is a private resort, rented out to Royal Caribbean Cruises Ltd. until 2050. The Labadee resort is guarded by a private security force, access to the resort is barred from a surrounding area and cruise ship passengers are only allowed to stay inside the resort. Labadde is responsible for employing approximately three hundred residents and allows the license to sell products to approximately two hundred other residents.

An image of Labade, a contrast to Haiti’s luxury and poverty

Tragically, the once-beautiful Haitian capital of Port-au-Prince was almost entirely destroyed by the earthquake that struck the island in January 2010. Most of the major tourist attractions, government buildings, major hotels and hospitals were obliterated by the natural disaster, but the city is slowly rebuilding, thanks largely to international relief efforts. Although many of the following sights now lay in ruins, they give a hint at what Port-au-Prince may return to in the coming years and decades.

The National Palace, once the city’s grandest building, collapsed during the earthquake and today remains one of the most startling reminders of the destruction. One of the capital’s many tent cities has sprung up near the ruins in the Champs de Mar, formerly the most beautiful park in the country.

The broken husk of the Cathedral of Our Lady of the Assumption still attracts faithful locals, but the large church was reduced to a shell of its former glory. Behind the main building is a plaza, and funerals are often still held there.

The Saint Trinité Episcopalian Cathedral was also reduced to rubble, but the church was once one of the largest houses of worship in the country. The quiet exterior gave little hints of the incredible interior, covered with delightfully colorful and exuberant murals that told the story of Christ’s life.

The modern Musée du Panthéon National drew many visitors with its unusual subterranean design and tombs of national heroes. Many leaders of the independence movement have been laid to rest there, including Christophe, Toussaint Louverture, Pétion and Dessalines. Built in the same style as the homes of the indigenous Taíno people, the building was a beautiful example of Haitian architecture.

The southern end of the Champs de Mars was once dominated by the Musée d’Art Haitien, home to the world’s largest collection of Haitian art. Many native masters were well-represented, including Robert St. Brice, Préfète Duffaut, Hector Hyppolite and Philomé Obin.

The nearby Centre d’Art was opened in 1944 to encourage a new generation of Haitian painters. The exhibition space and school gave local masters the recognition they deserved, and visitors were treated to outstanding temporary exhibitions of up-and-coming artists.

One of the most lively sites in the city was once the Marché de Fer, or Iron Market. Vendors packed the market selling everything from fresh produce to sea turtles, voodoo paraphernalia and traditional crafts. Nearly every turn in the labyrinthine market producing a breathtaking inventory of local handicrafts, including paintings, coconut jewelry, masks, sculptures, staves and more.

If the past is any indication of the future, Port-au-Prince will someday rise again to become a vibrant, beautiful city with a deep appreciation of art and culture.

Port au Prince is located towards the south of Haiti in the Gulf of Gonâve and is its largest city.

The population of its metropolitan area is estimated to be 2,510,000.

French and Creole are the official languages of Haiti.

While Roman Catholic is reported to be the most common religion, voodoo is practiced by roughly half of Haiti’s population.

The Haitian Gourde is the official currency of Haiti.

Port au Prince is consistently hot with high humidity. It rains every month but the driest months are December, January, and February.

Other Attraction in Port au Prince