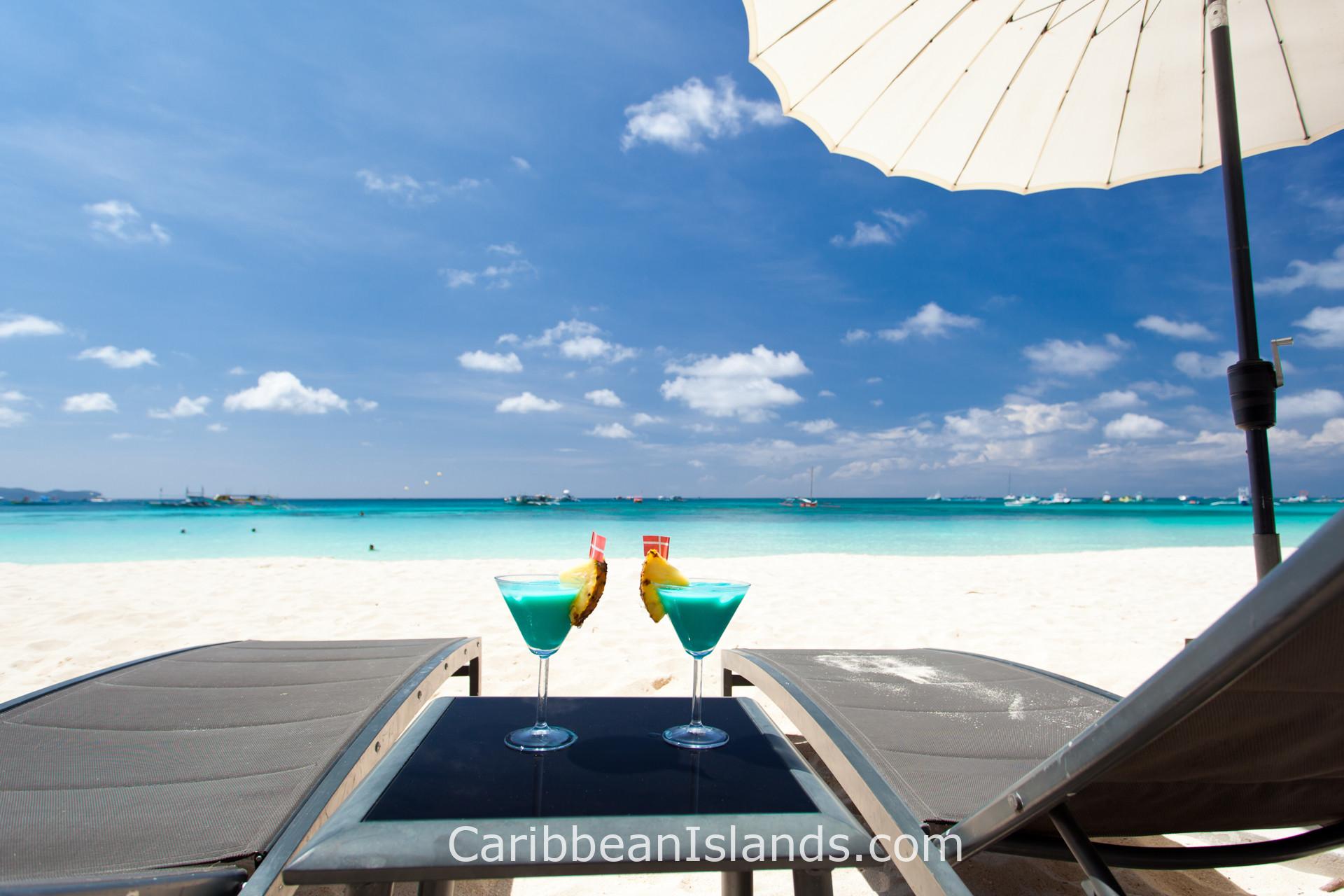 With a population of around 142,000 people, Curacao is more populated than its neighbors. Visitors are dazzled not only by its incredible beaches but by the traditional Dutch architecture with bright, pastel colors. In addition to natural attractions, the territory is home to the Queen Juliana Bridge. At 185 feet in height, it’s one of the tallest bridges in the world and by far the tallest in the Caribbean. If you get a chance, drive across it to take in great views of St. Anna Bay. Curacao is home to aquariums, national parks, ostrich farms, forts and many amazing scuba-diving spots. The cuisine here is flavored by European, East Asian and West Indian influences, so dining out is a lot of fun. With year-round warm temperatures, gentle breezes and low humidity, Curacao is a great place to visit year-round.

Video about the cultural live in Curaçao

Willemstad, the capital city of the island of Curacao in the Caribbean Islands

The boardwalk in Willemstad, Curacao, is a walking spot for locals and visitors to the island. It’s a nice place to enjoy the tropical environment. Here are a few bars and restaurants with outdoor terrace with sea view

Klein Curaçao is an small uninhabited island on the south-east of Curaçao. One of the turistic attractions is the lighthouse that is the one of the few existing structures on the island, along with a beach house and some huts. The lighthouse was first built in 1850. It has a height of 20m (66ft) and it is lit by a solar panel of LED light.

Willemstad combines the amenities of a big city with the charms of a small town. The Old Town is a UNESCO World Heritage site where Curaçao’s Dutch colonial heritage comes alive through museums, markets and a buzzing cafe culture. Wandering around the district and absorbing its rhythms is a true treat. According to the government, there are 750 historic buildings in the city, but new scaffolding goes up nearly every month. The capital is constantly evolving while still managing to hold on to its past, making it one of the most interesting cities in the Caribbean.

Located just 12 degrees north of the Equator, the island of Curaçao enjoys a year-round warm, sunny climate. The average temperatures hover in the mid-80s, but the trade winds that come from the east make the air feel comfortable. The sunshine is occasionally interrupted during the rainy season from October to February, but the showers are short and typically occur at night.

This ideal climate means that much of life in Willemstad occurs outside, on the streets and in the courtyards and parks. The capital is extremely pedestrian-friendly, and the many walkways make it easy to explore on foot.

The city is divided into two distinct districts: Punda and Otrobanda. The Queen Emma Bridge links the two neighborhoods. Punda, on the east bank, was founded when the Dutch took the island from Spain in the early 17th century. The new leaders constructed Fort Amsterdam soon after landing on the island, and it quickly became the most important of the country’s eight forts. A UNESCO World Heritage site, the fort is now home to a museum, several government offices and the governor’s residence.

Otrobanda, known as the “other side” of the river, was established a few decades after Punda. The district quickly grew as freed slaves began to migrate there, forming the country’s first urban center. Today, Otrobanda remains a major cultural hub and is home to many of the country’s notable artists, politicians, musicians and professionals. The maze of twisting alleyways and streets is a pleasure to explore on foot, and grand old residences give the district an intimate charm. Painted in eye-catching colors like avocado-green, guava-pink and mango-orange, the homes are vibrant examples of Caribbean architecture.

The city’s population of 135,000 includes people from over 50 different nationalities, and the island’s diverse roots are celebrated at the Kura Hulanda Museum in Otrobanda. The fascinating anthropological museum borders the square where the Dutch auctioned off slaves, and the collection includes a gut-wrenching recreation of a slave ship’s hold. Other exhibits showcase relics from the empires of West Africa, gold from the pre-Columbian era and artwork from around the region.

Thanks to its abundance of duty-free stores, Willemstad is a shopper’s paradise, but for a more traditional shopping experience, head to the floating market that springs up on the river’s Punda side each morning. Dozens of Venezuelan vendors arrive at 6:30 am, bringing with them the freshest mangoes, papayas and exotic produce, along with herbs, spices and fish. Don’t worry – the action lasts throughout the afternoon, so you don’t have to get up as early as the locals to catch a great deal.

Willemstad is located on the southwestern coast of Curaçao and is separated by St Anna Bay.

The population of Willemstad is approximately 140,000.

Dutch is the official language of Curaçao but Papiamentu, a Spanish-Portuguese-Dutch-English dialect, is most commonly spoken.

The Curaçao Synagogue is the oldest synagogue of the Americas in continuous use.

The Netherlands Antillean Guilder is the official currency of Curaçao.

It is typically hot throughout the year in Willemstad with most of the year’s rainfall occurring between October and January.

Other Attraction in Willemstad