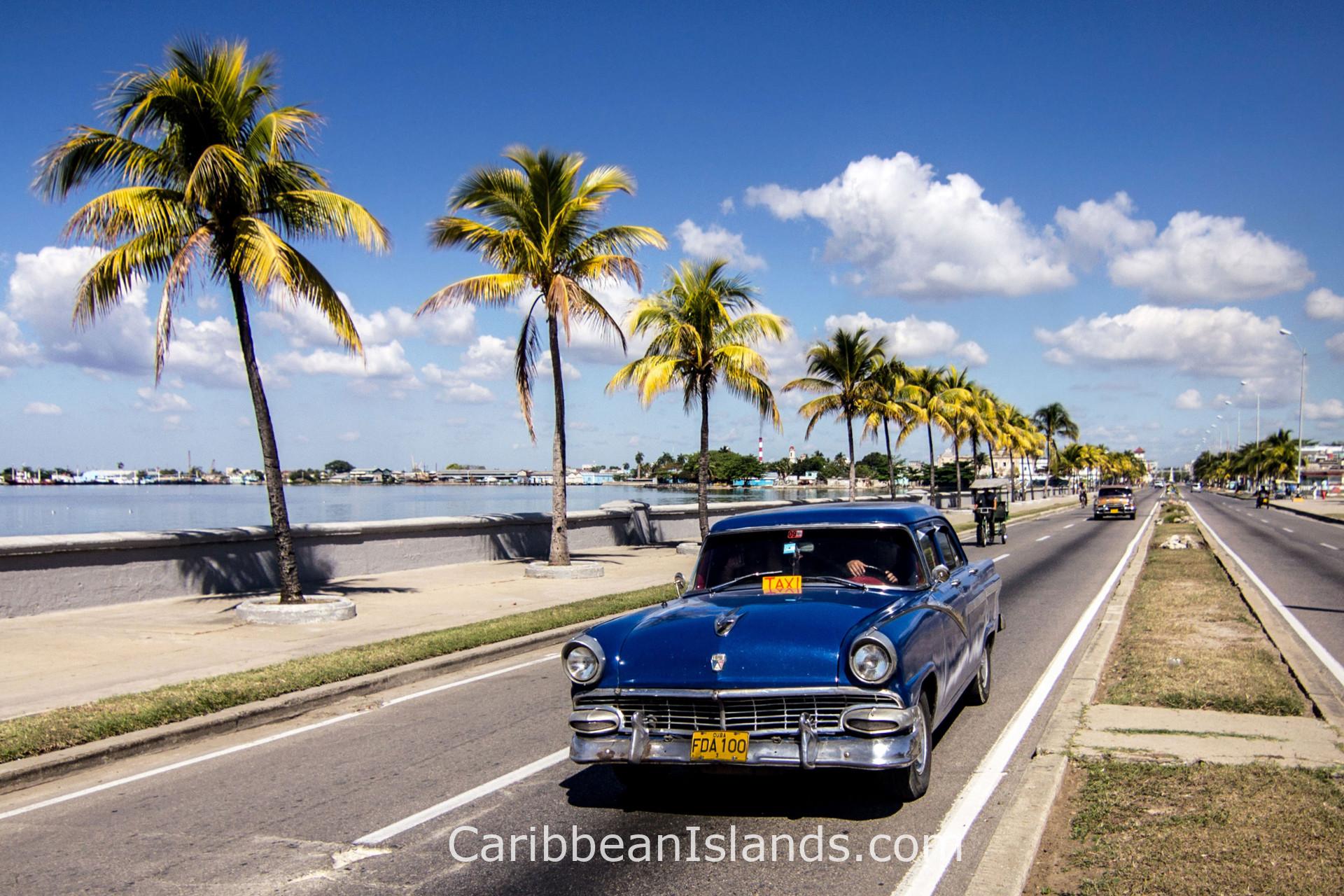 Near the end of 2014, reports swirled that the long-time embargo and other restrictions placed on this massive island nation by the U.S. were finally being lifted. If that comes to pass, Cuba should start enjoying a massive influx of American visitors in the years to come. Despite the strained relations between the two nations, however, Cuba has long been a popular vacation spot.

In addition to Havana, major cities in Cuba include Baracoa, which is known for its amazing beaches; Trinidad, which is famous for its colonial architecture; Varadero, another beach resort area; Pinar del Rio, home to the country’s most prominent cigar manufacturing facilities; and Santiago de Cuba, a lovely town on the Caribbean coast.

Most people who come to Cuba arrive at Jose Marti International Airport in Havana. If you’re planning a trip here, the best time to visit is between December and April. Summertime tends to be oppressively hot and humid, and it is also when major storms and hurricanes tend to roll through.

While visiting Cuba, be sure to hit some of the most popular attractions. The Havana Malecon, or boardwalk, is a great place to stroll, sightsee and people-watch. Havana Viejo lets you catch a glimpse of Cuba as it was many years ago. Of course, the country is studded with incredible beaches, so there are plenty of opportunities for outdoor fun. In terms of cuisine, the government owns and operates all restaurants, so the food is disappointingly bland. However, be sure to sip on a mojito or Cuba Libre, which is essentially rum and Coke, and don’t leave before purchasing cigars, coffee and rum.

The most vivacious city in the Caribbean, Havana has a legendarily infectious energy and romantic atmosphere. Locals are passionate about nearly everything but especially their city, and it is easy to see why. Cuba’s roller-coaster history has created one of the most culturally unique and electrifying societies in the region. The area was once a haven for swashbuckling pirates, Spanish slave traders and the North American Mafia, but today Havana is a city of modern Latino culture. The city offers something for everyone, from rum and cigars to mambo and a mesmerizing vibe that lures you into the city.

You could spend days just exploring La Habana Vieja, or Old Havana, where Caribbean and African rhythms are the soundtrack, pulsed out by drummers in streets lined with Spanish architecture and dotted with lush patios. There stands the Capitolio, which may look a bit familiar to visitors from the United States.

Modeled after the Capitol building in Washington, D.C., Havana’s version is just as rich in iconography. Visitors are greeted by two statues; one represents virtue while the other stands for work. The main door is decorated with over 30 bas-reliefs that tell the story of Cuba’s long history, and the main hall is dominated by an imposing statue of Minerva, made of bronze. At her feet sits a shining diamond, representing the very heart and center of Cuba. El Capitolio is the most grandiose and ambitious building on the island, and its seemingly boundless treasures are a great introduction to Cuba’s history, architecture and incomparable style.

To fully understand the island nation’s history, visit the Museo de la Revolución. Formerly the presidential palace, the elegant building was converted to a museum following Castro’s victory in 1959. Outside sits a foreboding Russian tank, employed by Cuban forces to fight off the Bay of Pigs Invasion. The interior speaks to the contradictions in Cuba’s story; magnificent murals and decadent marble staircases tell one story, but the galleries tell another through photos of tortured revolutionaries, bloodstained uniforms and maps of the war’s progress.

No trip to Cuba is complete without at least a sip of rum and a puff on a cigar. You can find both at the Fundación Destilera Havana Club. Part museum, part distillery, the club offers visitors a glimpse into the country’s famed rum industry. It shares grounds with the Casa del Conde de la Mortera, a lovely 18th-century mansion once integral to Cuba’s sugar industry.

The food scene in Havana is rapidly improving. Snag a seat at a paladar, a family-owned restaurant limited to 12 seats or less by law. These friendly spots are where you are guaranteed to find a home-like, cozy atmosphere and fresh, inexpensive and authentic cuisine. The best are found in the historic Playa, Vedado and Miramar districts where they serve up crispy tostones, sweet plantains and the nation’s most ubiquitous staple of black beans and rice. For an authentic Cuban experience, wash it all down with a cool and refreshing mojito.

The city really heats up after the sun sets into the Caribbean. Havana nights are bursting with vibrant energy exuding from salsa clubs, piano lounges, intimate restaurants and rooftop garden bars. Be ready to dance for hours and make friends with lots of locals, and be on the lookout for roving street bartenders.

Havana is on the northernmost coast of Cuba towards the western end. It faces the Gulf of Mexico and has a population of 2,200,000.

The official language of Havana is Spanish.

The government officially promotes religious freedom but in practice has been known to prohibit certain religious beliefs.

The national Peso and the convertible peso are the two official currencies in Cuba.

Havana experiences a tropical climate with warm temperatures all year and heavy rainfall from June to October. Hurricanes do strike Cuba occasionally but Havana is positioned away from the full force.

Other Attraction in Havana