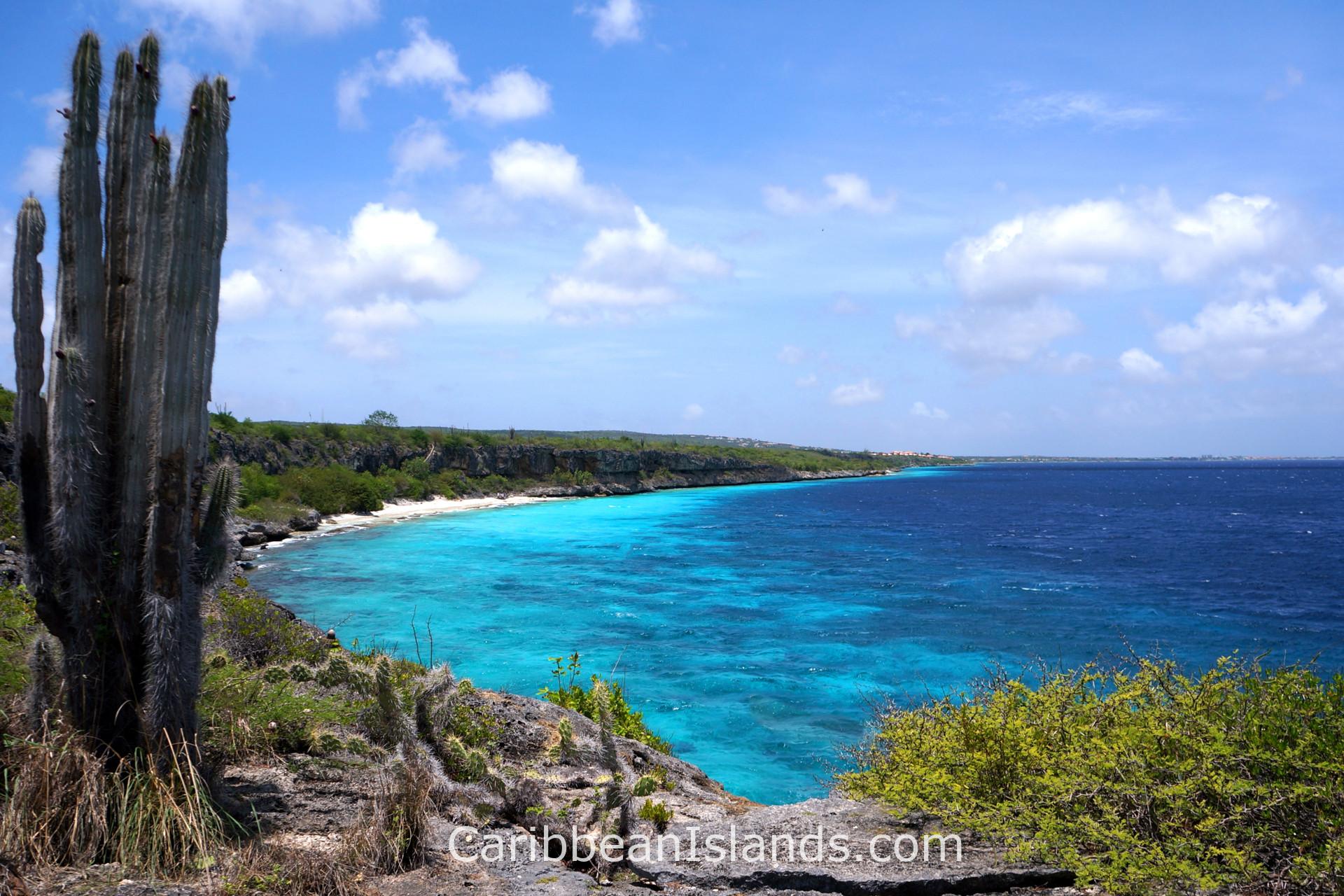 The flat, tiny island of Bonaire is often overlooked by Caribbean vacationers, and that’s a shame. Like Aruba, it boasts an amazing climate, and it’s safely out of the hurricane band. The “rainy season” runs from October to January, but total precipitation is low. Dutch and English are widely spoken here, and the official currency is the U.S. dollar, which is a nice perk. Attractions include salt flats, ancient rock art, historic buildings and exquisite beaches. Be on the lookout for flamingoes and iguanas, which are found in abundance. For food, don’t miss the rock lobster or conch.

Kralendijk, the capital of Bonaire, offers the perfect mix of outdoor adventure, cosmopolitan chic and ultimate relaxation. The word “kralendijk” translates from Dutch as “coral reef,” referring to Bonaire’s famously colorful shores. The diver’s paradise is also rich with culture and history, making it a well-rounded destination that even the most seasoned travelers will enjoy.

Eighty-six dive sites dot the shores of Bonaire, and all are easily accessible from Kralendijk. The island is also known for offering “diving freedom” because 56 of the dive sites are directly off the shore. You can just pull over, park and start exploring without having to ever board a boat. Divers from all over the globe flock to the destination to explore the underwater world that includes over 370 species of fish and 55 types of coral.

The Karpata dive site is one of the most beautiful and is known for its stunning panoramic views, making it perfect for underwater photography. An array of fish thrive in the clear waters, including triggerfish, emperor fish, parrotfish and more. There are also large elkhorn coral formations and schools of sea horses that swim throughout the site.

The Alice in Wonderland site is just past the salt mines of Kralendijk. Enchanting gorgonian corals create an underwater fantasy land, and sergeant-majors, parrot fish and candy bass are abundant in the waters.

In addition to diving, Bonaire and Kralendijk are also the perfect settings for other water activities. The cool trade winds create an ideal environment for kitesurfing nearly year-round, novice to professional windsurfers enjoy catching waves off the many beaches, and there are few better places on earth to enjoy sailing off into the sunset.

There is just as much to do on land as there is in the water. The island is crisscrossed by bike trails, and charging stations for electric bikes are abundant. Clearly marked routes take cyclists by beaches, slave huts, lighthouses, mangrove forests, villages and more.

Hikers will find the scenery in an around Washington Slagbaai National Park absolutely stunning. Trek to the island’s highest peak at Brandaris Hill for amazing views of the sea and city, or take a guided tour to learn more about the vibrant flora and fauna that call the island home.