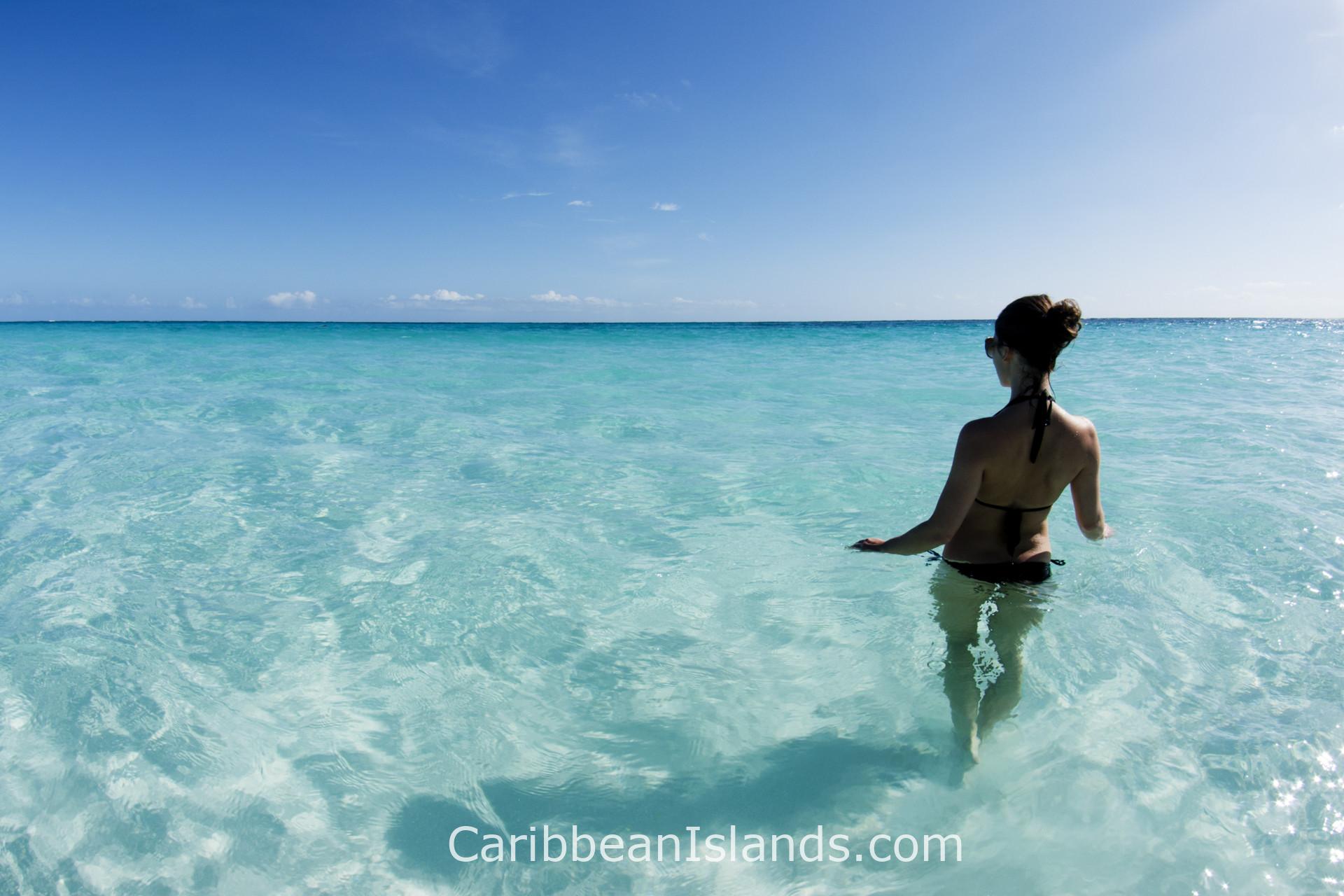 Situated just 15 miles north of the Venezuelan coast, the flat, river-less island of Aruba is widely regarded as one of the most peaceful and beautiful locations in the Caribbean. The temperature here tends to hover around 80 degrees all year, and Atlantic trade winds help to keep people cool and comfortable. The southwest coast of the island boasts warm waters and some of the finest beaches in the region. The northeast coast faces the Atlantic, has mostly rocky terrain and fairly rough seas that aren’t conducive to swimming or water sports. Dutch is the official language, but English and Spanish are widely spoken too. This sunny little island has a population of around 72,000 people, and its capital is Oranjestad. As you explore the island, you’ll find aloe factories, rock formations, butterfly and bird sanctuaries, caves and shipwrecks. Popular activities include lounging on the beach, scuba diving, snorkeling, kayaking, fishing and horseback riding. The cuisine here is eclectic, and popular dishes include baked cheese, iguana soup and ostrich burgers. As for drinks, imported Dutch beer tends to be the most popular option.

Oranjestad is the charming capital of Aruba, an island paradise that offers uncrowded beaches, windswept vistas and very friendly locals. Compact and cute, the city is best explored on foot. While strolling the town center’s palm-lined thoroughfare, you will pass pastel-painted homes, day-tripping passengers fresh off cruise ships and picture-perfect Dutch-style buildings.

The capital is a haven for shoppers looking for scores of stores and a world-class selection. The Caya Betico Croes, the town’s original main street, is lined with several malls. Stores brimming with prestigious labels sit next to smaller, one-of-a-kind retailers, and the three-storied Royal Plaza shopping center is filled with luxurious shops offering fine linens, jewelry, accessories, perfumes, apparel, souvenirs and cigars. After shopping, enjoy a meal at one of the many five-star restaurants as you gaze at the incredible harbor views.

Downtown Oranjestad is home to a handful of interesting museums. The Archaeological Museum is dedicated to preserving the island’s Amerindian cultural heritage, and the collection details the people’s history from 2500 BC through 1880 AD. Thanks to special technologies, visitors can actively discover the past, learning about the daily routines of the island dwellers through audio and film presentations and vast exhibits dedicated to the shells, ceramics, ornaments, burial practices, architecture and religious practices that defined the Amerindian culture.

Fort Zoutman was built in 1798 to protect the island’s harbor. It is the oldest building in Aruba, and today it is a symbol of the country. It also houses the country’s Historical Museum, which highlights Aruba’s development through the 1920s.

Oranjestad has a casino scene that sizzles with excitement and expectation. Lively crowds encircle the game tables, and exhilarating fills the air as bells sound with every win. Caribbean stud poker originated in Aruba, and the casinos often sponsor professional poker tournaments in addition to other table games and slots. Both casual players and veteran gamblers will feel at home pursuing luck in the island’s casinos.

One of Aruba’s greatest treasures is the Arikok National Park. The sprawling area contains three important geological formations: a limestone formation that stretches inland from the coastline, the Aruba lava formation and a formation made of quartz diorite. Each of these formations shape the island, and all support unique wildlife and plants indigenous to Aruba. Visitors can observe many rare species within the park, including uni-color rattlesnakes, cat-eyed snakes, burrowing owls, Aruban parakeets and whiptail lizards. The park also boasts many intriguing sites of early native settlements and art.

There are so many other things to do and see in and around Oranjestad. Boredom is rare in Aruba, but if you are looking for more things to do, try exploring the island’s caves, visiting the old stone California lighthouse, strolling through the Aruba Butterfly Farm, horseback riding along the sand dunes, snorkeling in the warm waters and climbing the many rock formations. You can also feed exotic creatures at the Phillips Animal Garden, kayak through the mangrove forests, fish for mahi mahi, parasail above the island or relax on the sandy expanses of the many beaches.